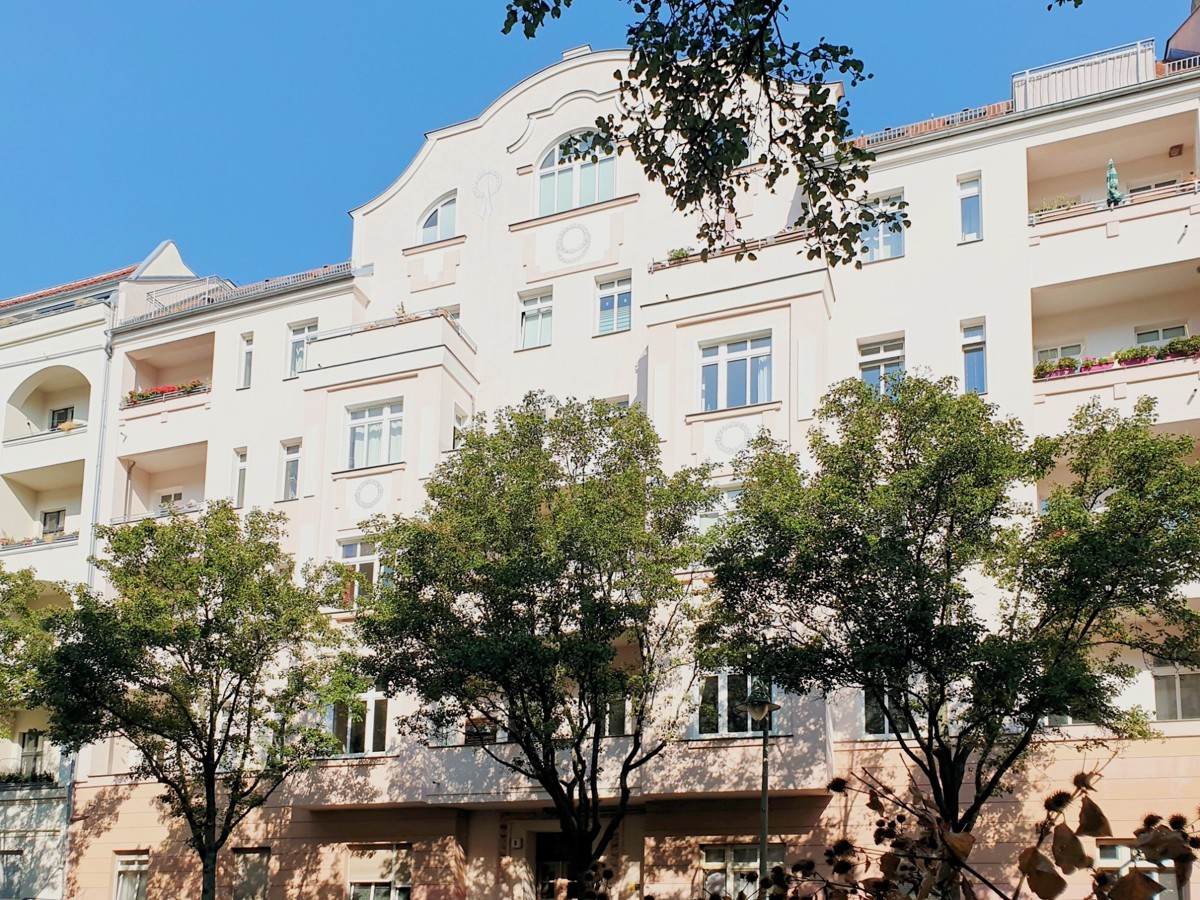 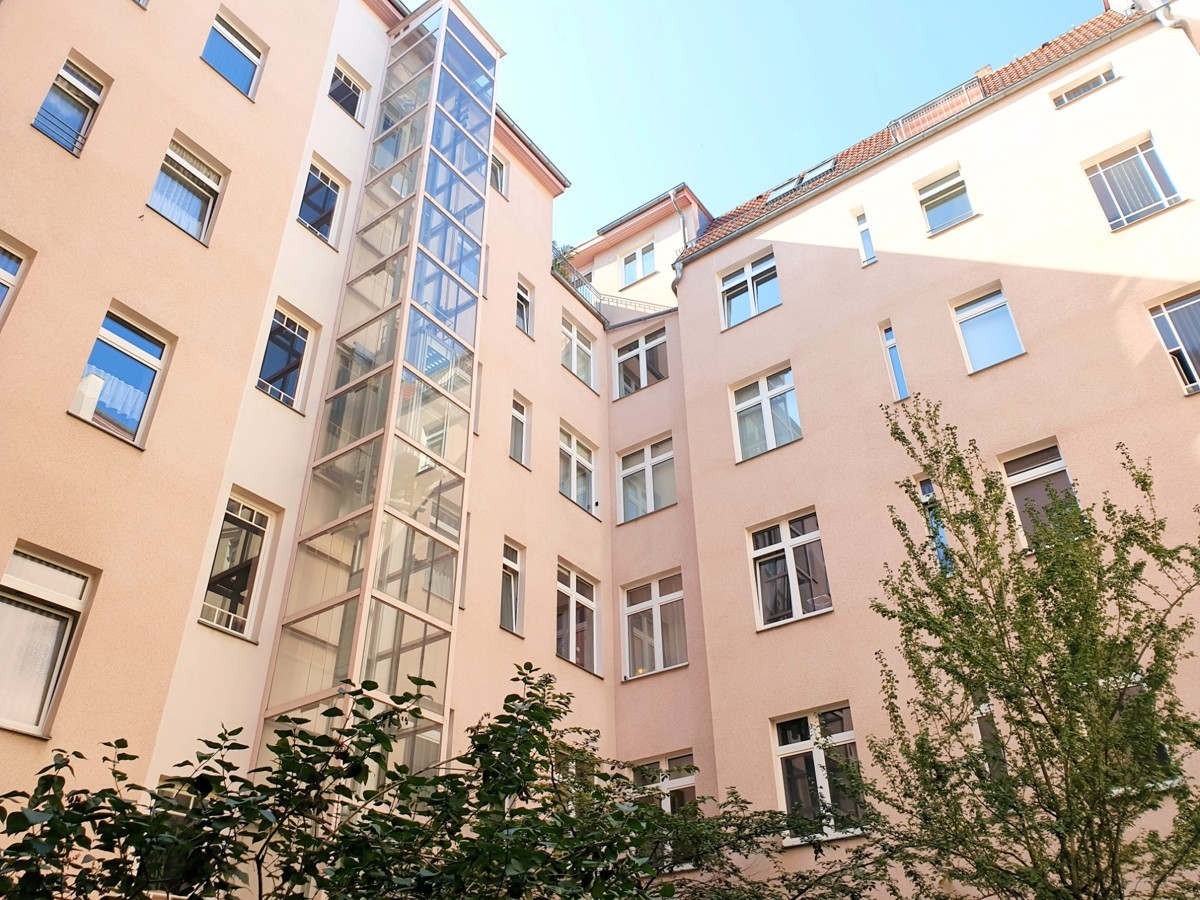 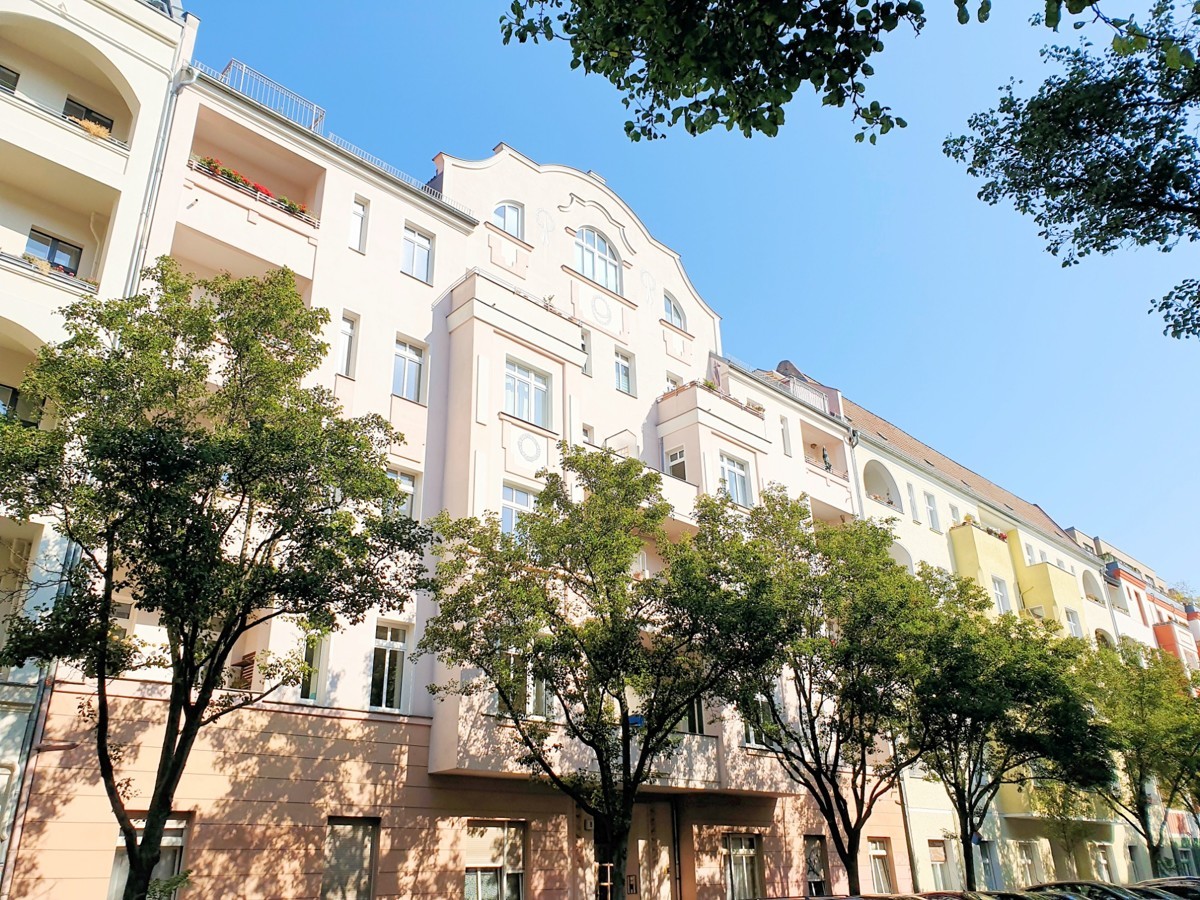 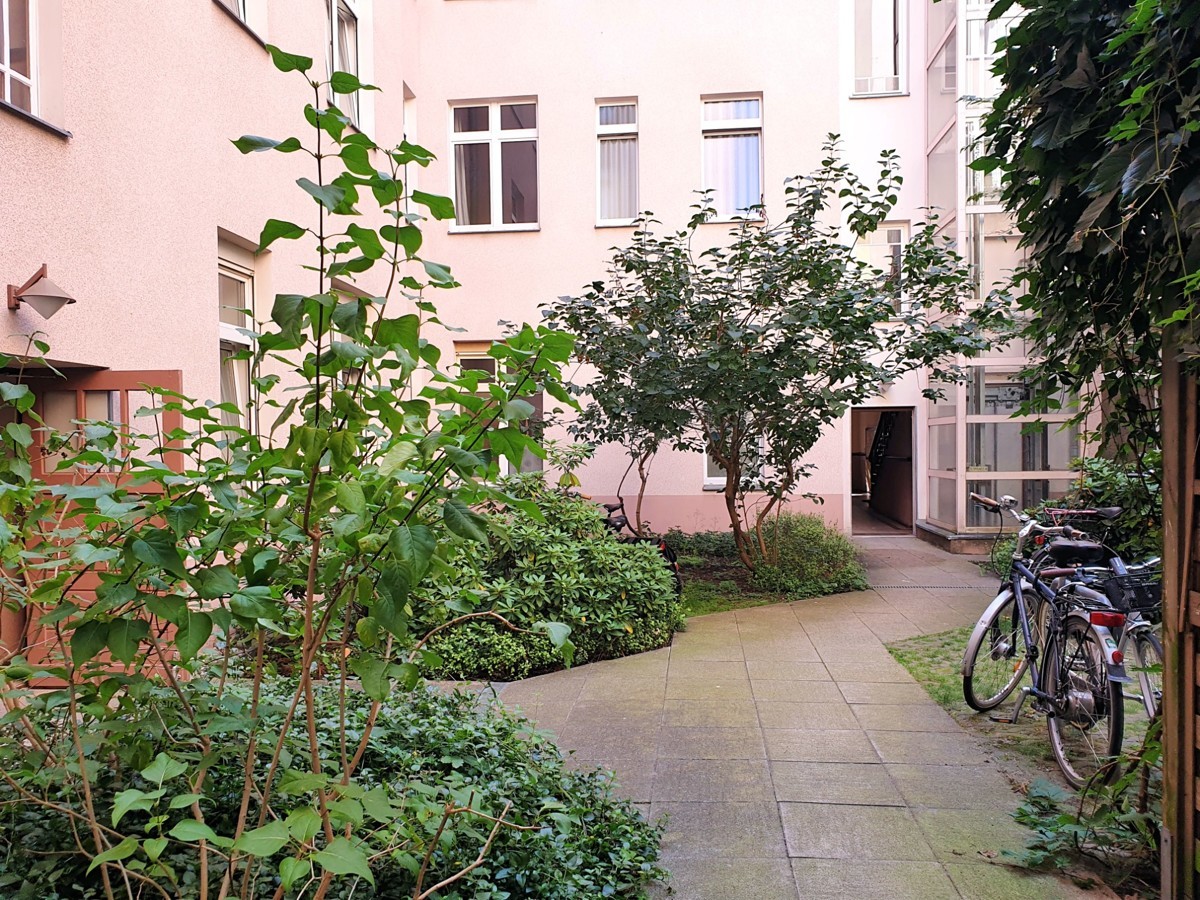 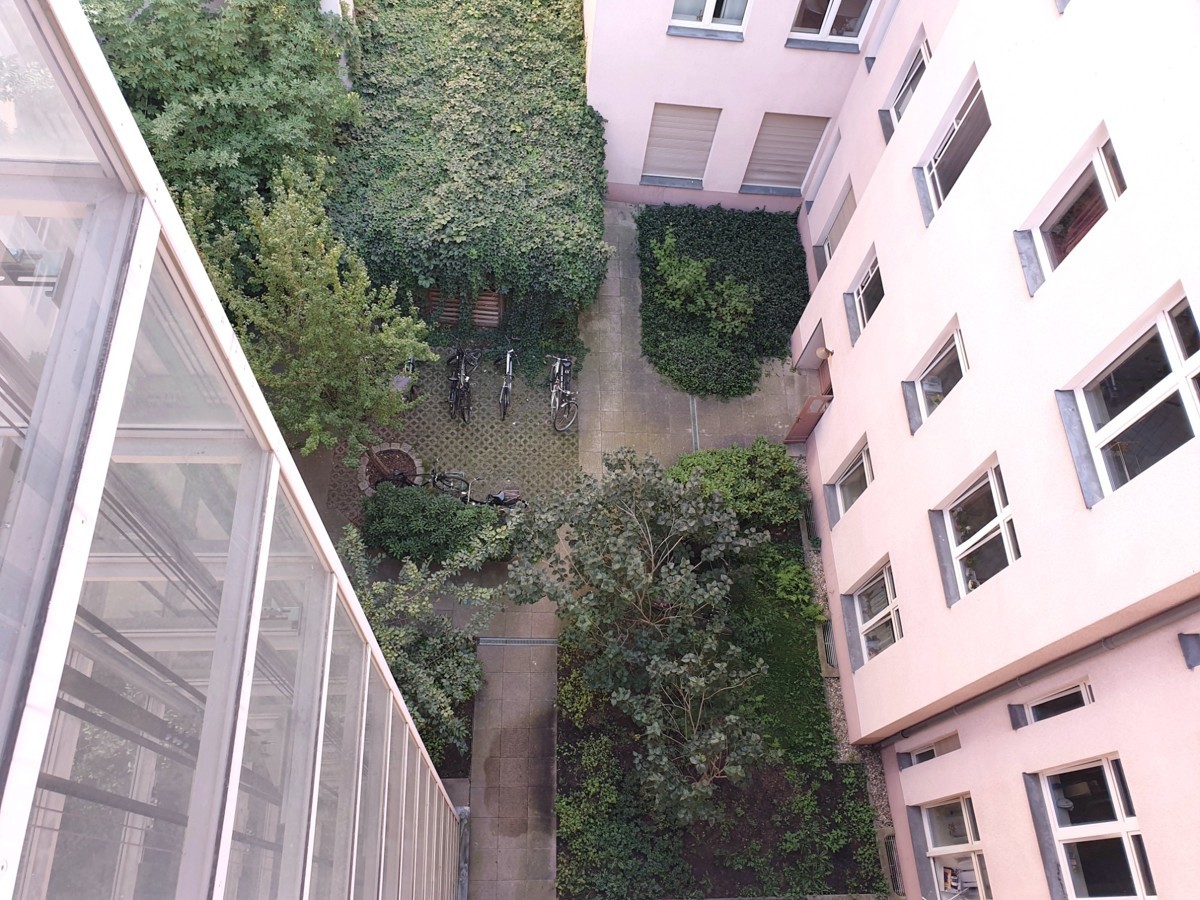 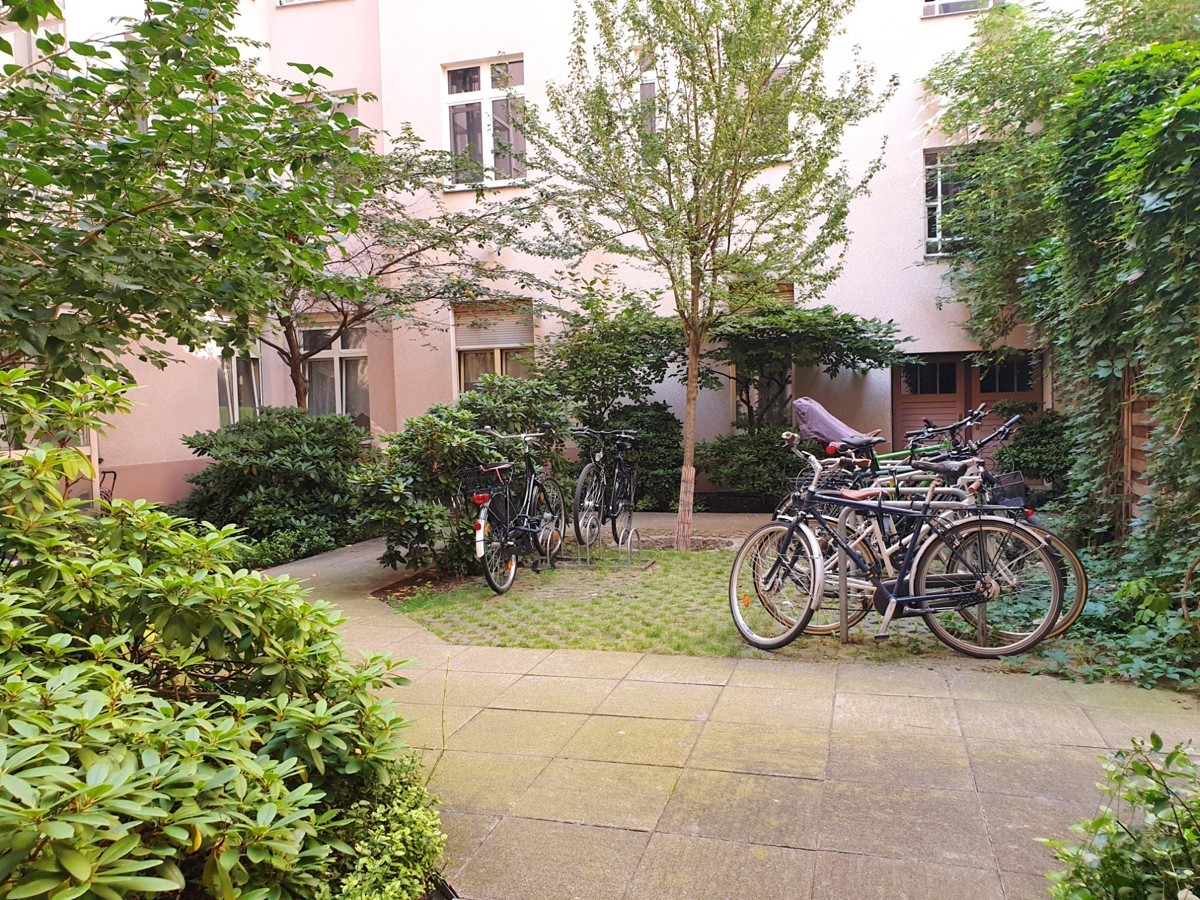 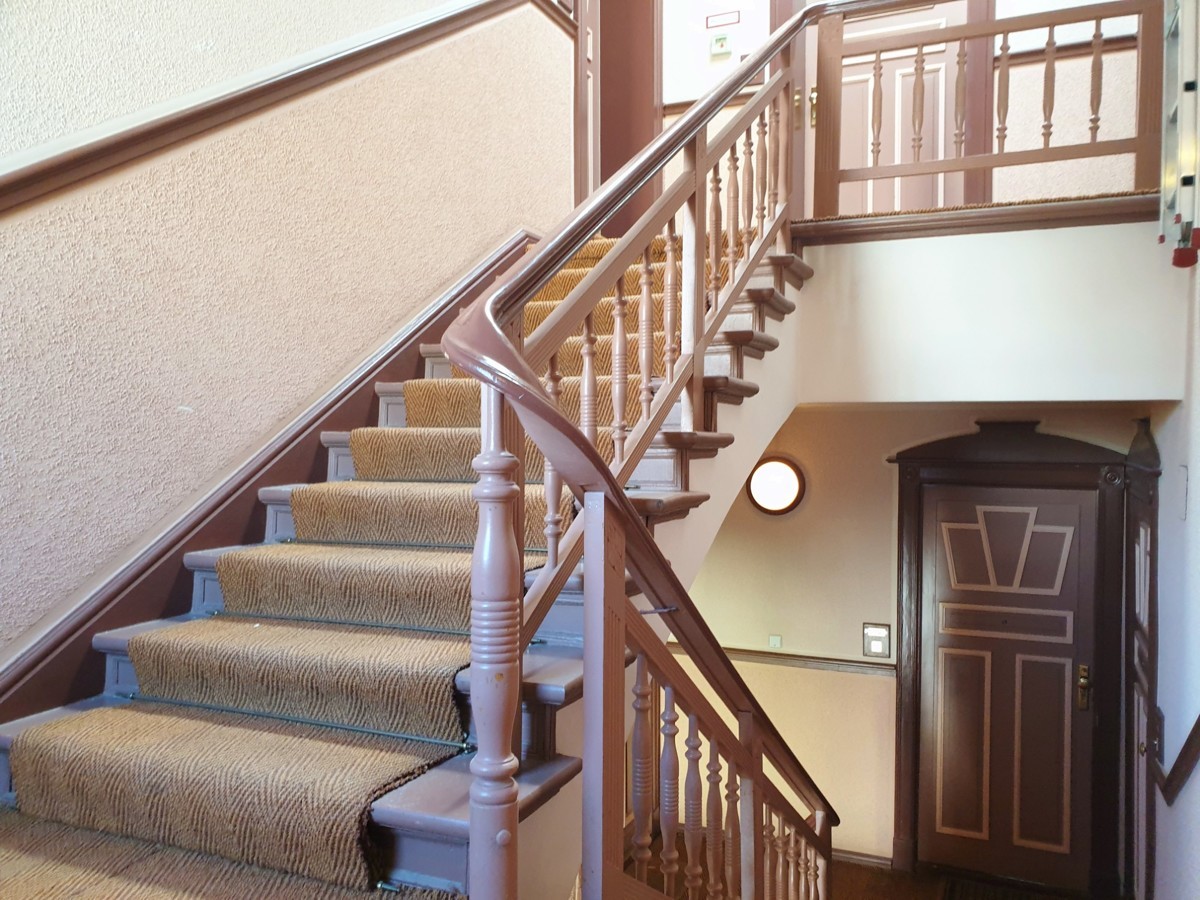 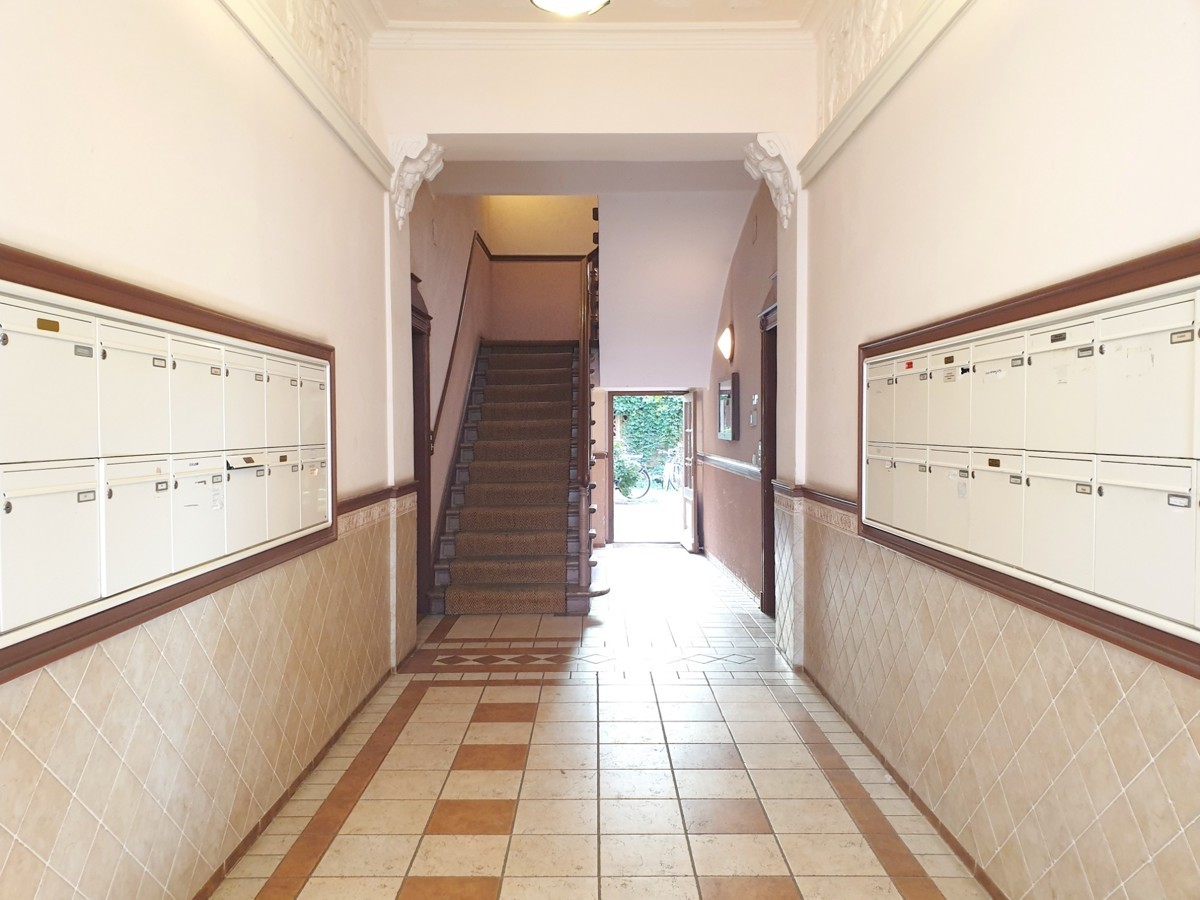 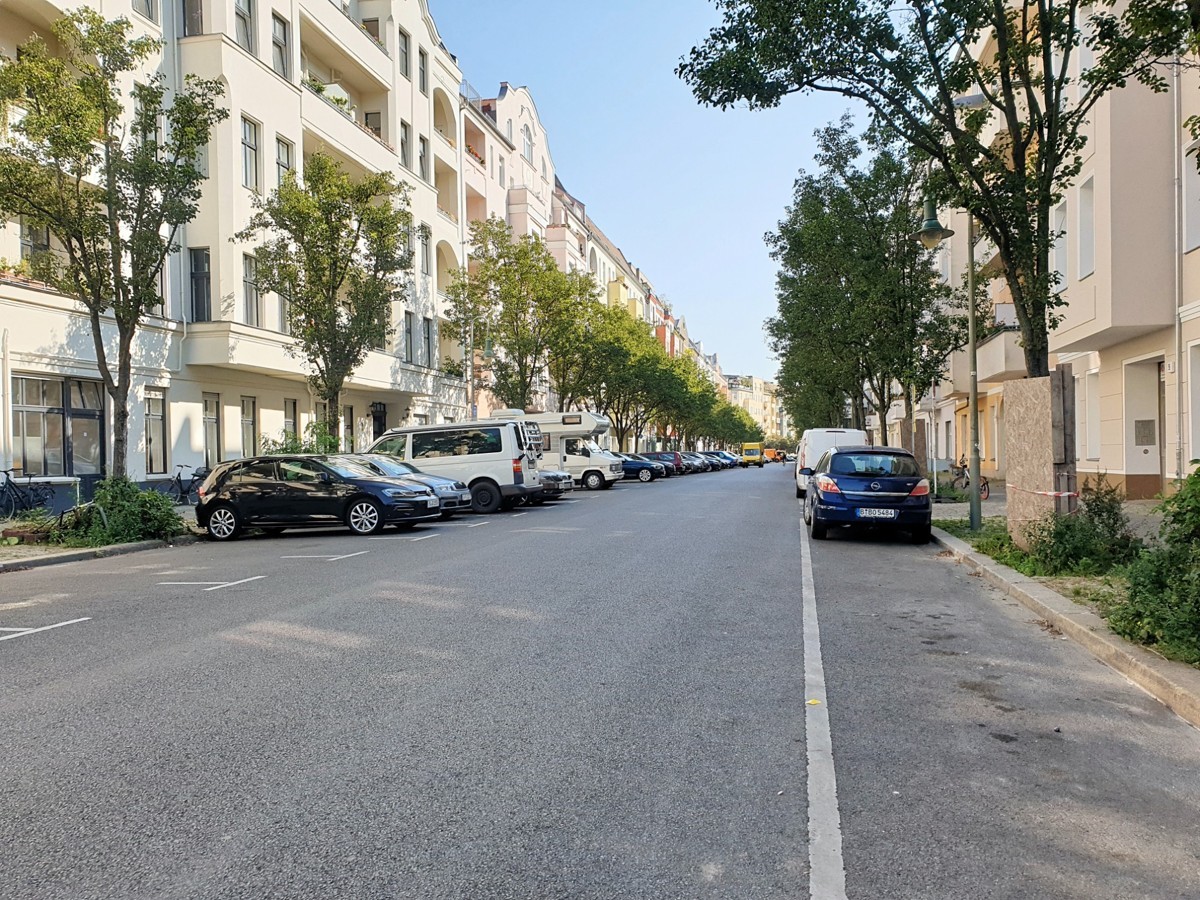 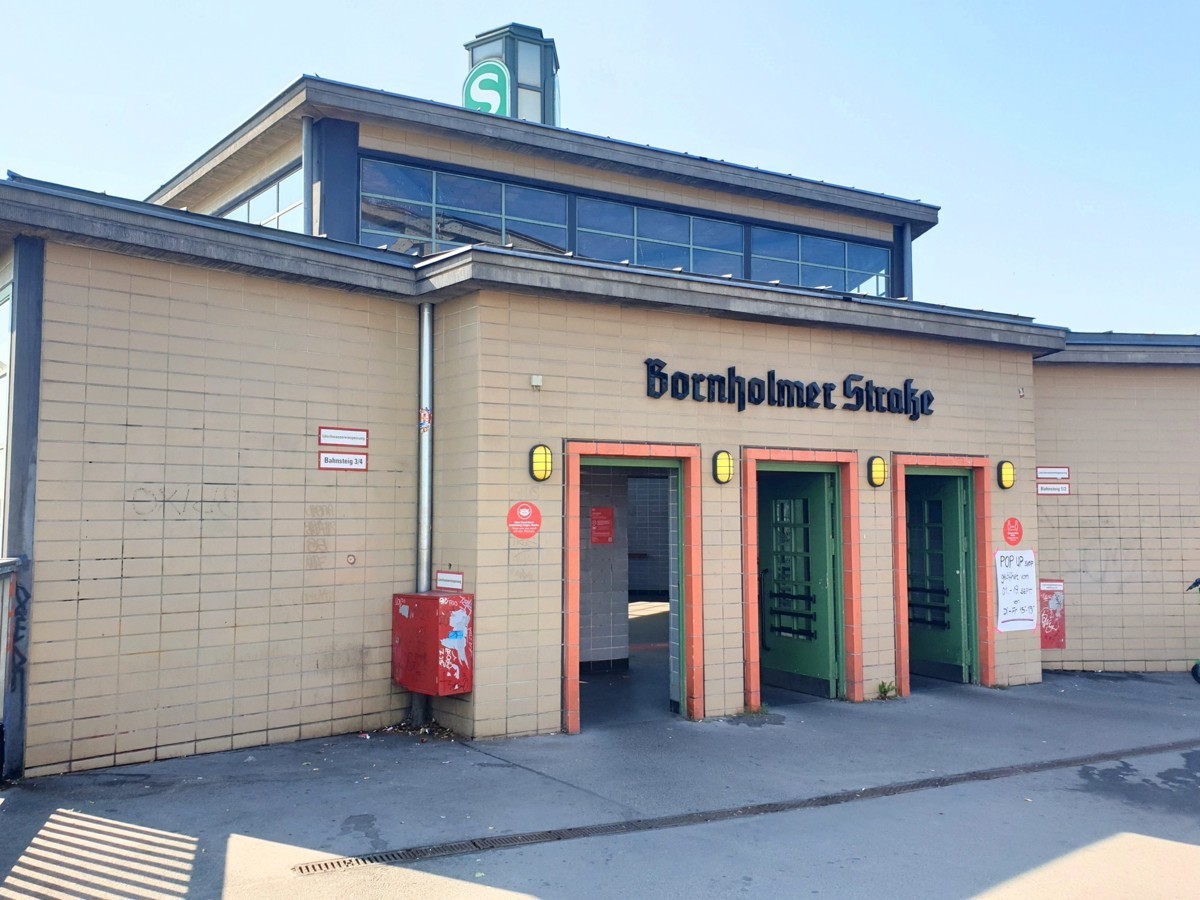 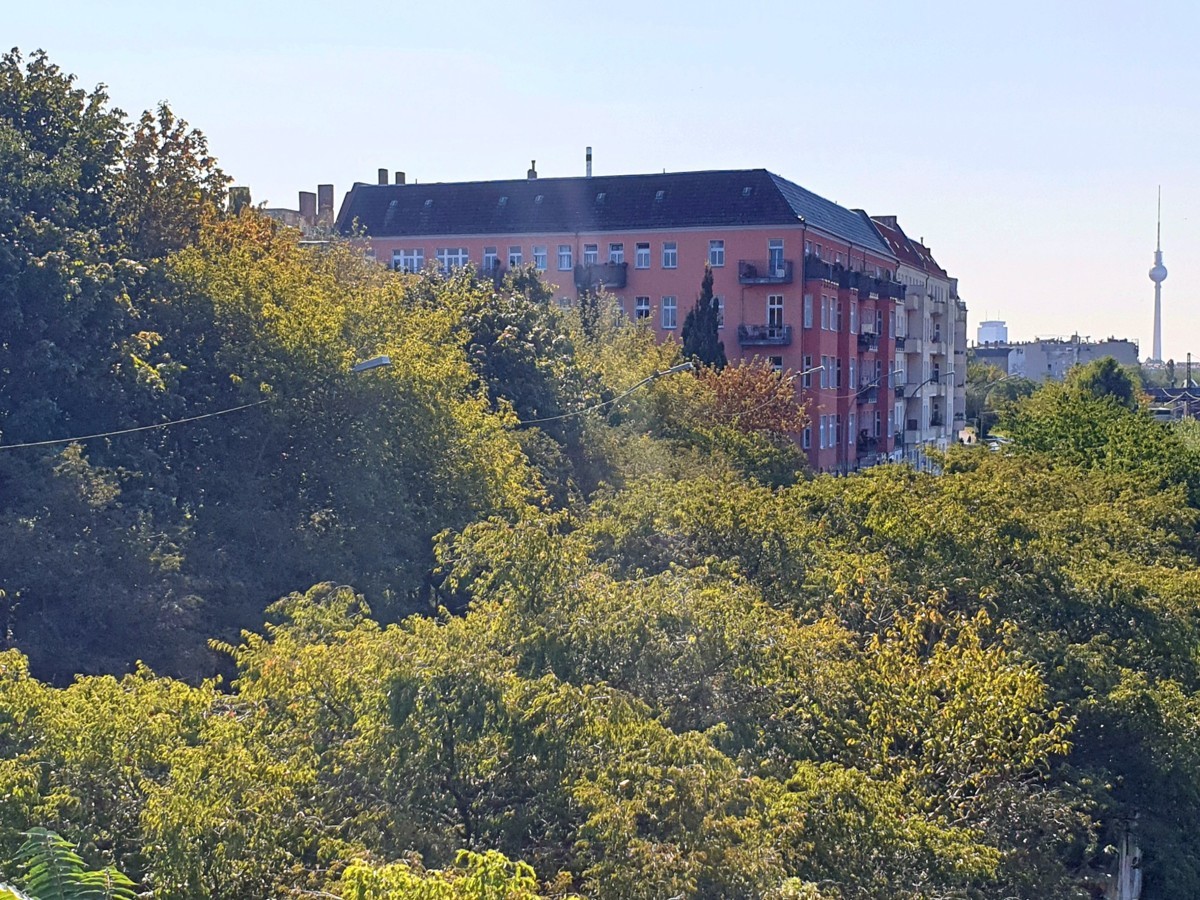 The building was constructed in 1906 during the Wilheminist period. The period of Wilheminism extended from the 19th to the 20th century between 1890 and 1918, known for its architectural flair. The light-coloured facade and the impressive old building features are not only found on this building, but along the entire Ueckermünder Straße. Everywhere in the common areas you will find beautiful details and the courtyard itself offers plenty of space for bicycles and is lined with green areas. The staircases are clean and renovated. The building was divided at the beginning of the millennium and consists of 39 separate apartments.

The apartment immediately offers its coziness with many details, as they are usual in Berlin’s old buildings. The high ceilings and large windows create a bright and calming atmosphere. The living room offers a lot of space to eat and relax. The will lit bedroom creates a wealth of storage space. The bathroom is equipped with a bathtub/shower and has a connection for a washing machine, freeing up space in the kitchen. The present kitchen is equipped with a lot of work space, a perfect place for the morning coffee, to read the newspaper and start the day in the best possible way.
The apartment has been rented from February 2011.

Ueckermünder Str. is located in the popular Prenzlauer Berg district, which is very popular with young professionals and young families. The nearest public transport line is the S-Bahn Bornholmer Str., which runs throughout the city on lines S1, S2, S8, S25, S26 and S85. On the way from the S-Bahn line U8 you will find Schönhauser Allee, which is part of the railway ring, only one stop away. Here you will find a shopping centre, many restaurants, cafés, bars and supermarkets. This location is also easy to reach with the lines U2, S41/42 Ring Bahn, S85 and S8. The tram line M1 and the bus lines M1 and N2 also stop here. Alexanderplatz is only a short ride away with the U2 line, where you will find the Alexa & Galleria shopping centres. Cinemas, bowling, comedy clubs and beer gardens are also close by, and with all this together, the area has become one of the most sought after in recent years. On Sundays, residents flock to Mauer Park for flea markets, karaoke and other ever-changing entertainment.

We use cookies on our website. Some of them are essential to give you the most relevant experience, while others help us improve its functionality. By clicking "Accept", you consent to the use of ALL the cookies (Essential, Marketing, External media). However you may visit Cookie Settings to provide a controlled consent.